Mike Niehuser is an analyst with Scarsdale Equities LLC. Prior to working with Scarsdale, he founded Beacon Rock Research, LLC, which produces research for an institutional audience and focuses in part on precious, base and industrial metals, oil and gas and alternative energy. Previously a vice president and senior equity analyst with the Robins Group, he also worked as an equity analyst with The RedChip Review. He holds a bachelor's degree in finance from the University of Oregon. 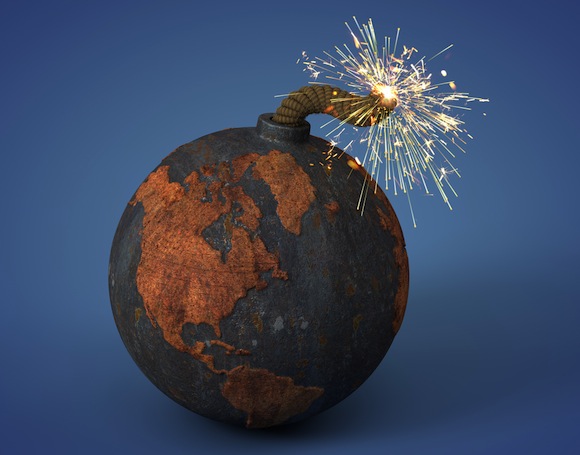 International anxiety may be good for gold prices, as gold continues to have a place as a store of value in uncertain times, says Mike Niehuser of Scarsdale Securities. Lower energy prices and a stronger dollar may provide relief for precious metal miners, especially explorers and miners working outside the United States. Management teams that have been forced to adapt to survive should do well in an upturn, and in this interview with The Gold Report, Niehuser discusses a handful of companies that fit the bill, including one in renewable energy.

No 'Too Big to Fail' in Mining Sector Opens Opportunities for Value Investors: Mike Niehuser (12/4/13)

Mining stocks may have moved from a bear market to a place where they are becoming contrarian plays, says Mike Niehuser, founder of Beacon Rock Research, opening opportunities for value investing. With the concept of "too big to fail" unknown in the mining world, the field of companies is shrinking, making room for potential winners. In this interview with The Gold Report, Niehuser warns that companies need more than good projects and cash to outperform their peers and details a dozen miners that should be on investors' radar screens.

If it is fall, it must be conference season in Colorado. The Denver Gold Forum, held Sept 2225, was an invitation-only event billed as featuring seven-eighths of the world's publicly traded gold and silver companies measured by production. It was preceded by the Precious Metals Summit in Beaver Creek, which focused on smaller, emerging companies, some 90 of them with market caps of at least $20 million. Attendees included analysts, fund managers and institutional investors eager to hear updates on companies they ownor may want to own in the future. The Gold Report Publisher Karen Roche and Associate Publisher Jason Mallin were there and brought back this report.

"LIO acquired a drill company and established a state-of-the-art lab."

"LIO's current valuation is an attractive entry point for investment."

"LIO has commenced a CSAMT geophysical survey at Tuvatu."

"LIO is starting its most important, cost effective drill program."

"LIO's Tuvatu gold project is in an advanced stage of development."

"There is logic in LIO showing Tuvatu's potential before production."

"LIO recently entered into a term sheet with Sinosteel and Baiyin."